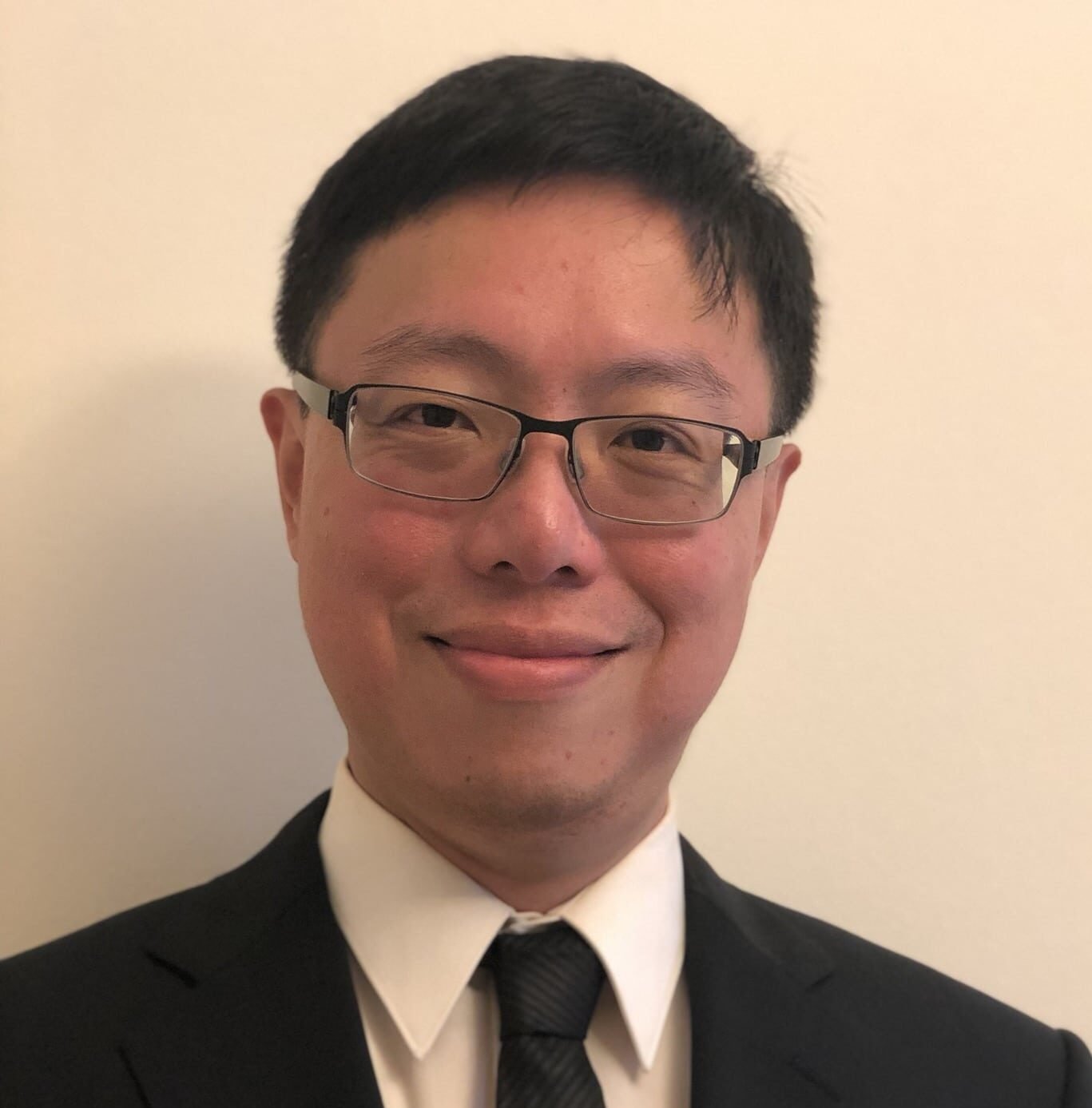 Allan was originally from the city of Taipei in Taiwan. Having grandparents who spoke Japanese due to Taiwan being a former colony of Japan, he has always been intrigued by this island nation. His father spent 6 months doing medical research in Tokyo. After completing most of his education in Australia, Allan has been a frequent traveler to Japan, especially Osaka. He enjoys the city because of its passionate open-minded people, its great food, cultural significance and of course its proximity to the rest of Kansai region. Allan started Osaka.com in 2012 with the goal to turn it into the most comprehensive, unique and interesting Osaka information website available. The internet is flooded with repetitive, over-generalized generic information on Japan, Allan feels it’s time passion is infused when creating contents. 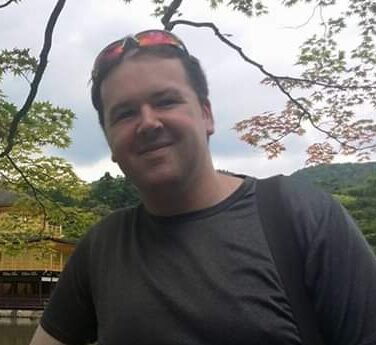 As a six year resident of Osaka, Liam Carrigan knows the city inside and out. As well as creating content for Osaka.com, Liam is a regular contributor to the popular Japan website “Gaijinpot.com”. He writes regularly for a number of other online and print publications across the world. Originally from Glasgow, Scotland, Liam first came to Japan in 2006. His work has taken him all across the country and even to Hong Kong for a time as well. In addition to writing, Liam loves sports, and enjoys nothing more than watching his beloved Celtic FC when they are playing. He is also a keen traveler, having visited 16 countries so far, with more planned in the near future. Liam graduated from Edinburgh Napier University in 2006 with a BA in Journalism. He believes a reporter’s first allegiance must always be to the truth, no matter how inconvenient that truth may be. 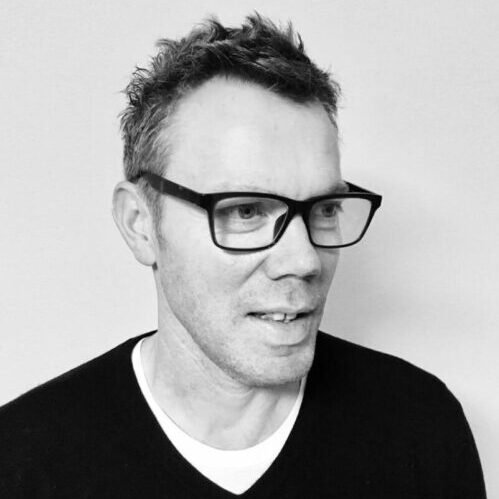 For the last ten years or so, his focus has been solely on sake. Over the years Julian has obtained the Certified Sake Professional Level I and II qualifications as well as the Japanese Kikizake-Sake Sommelier certification. Julian has been involved in sake import in Australia as well as knowledge training, tasting events and guided food and sake tours in and around Osaka, and translation services for sake breweries and restaurants. More recently, Julian has been a regular contributor to Sake Today magazine (the world’s only English language’s sake-dedicated magazine) and is also chief editor for Sake Industry News, an online subscription-based newsletter reporting on the latest happenings in the sake industry. As of 2018 Julian has held the position of contest judge and ambassador for the Concours Mondial De Bruxelles Sake 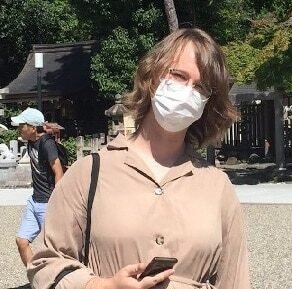 Currently based in Edinburgh, Scotland, DM Murray spent over four years living in the Kansai area, where she worked as an English teacher. While in Japan, she enjoyed travelling around the country, to places as far apart as Hokkaido, Shimane and Okinawa. Today she is a postgraduate student working in Japanese studies. Other than writing and other academic work, she translates from Japanese to English, particularly in film subtitles, and her hobbies include art and cookery. 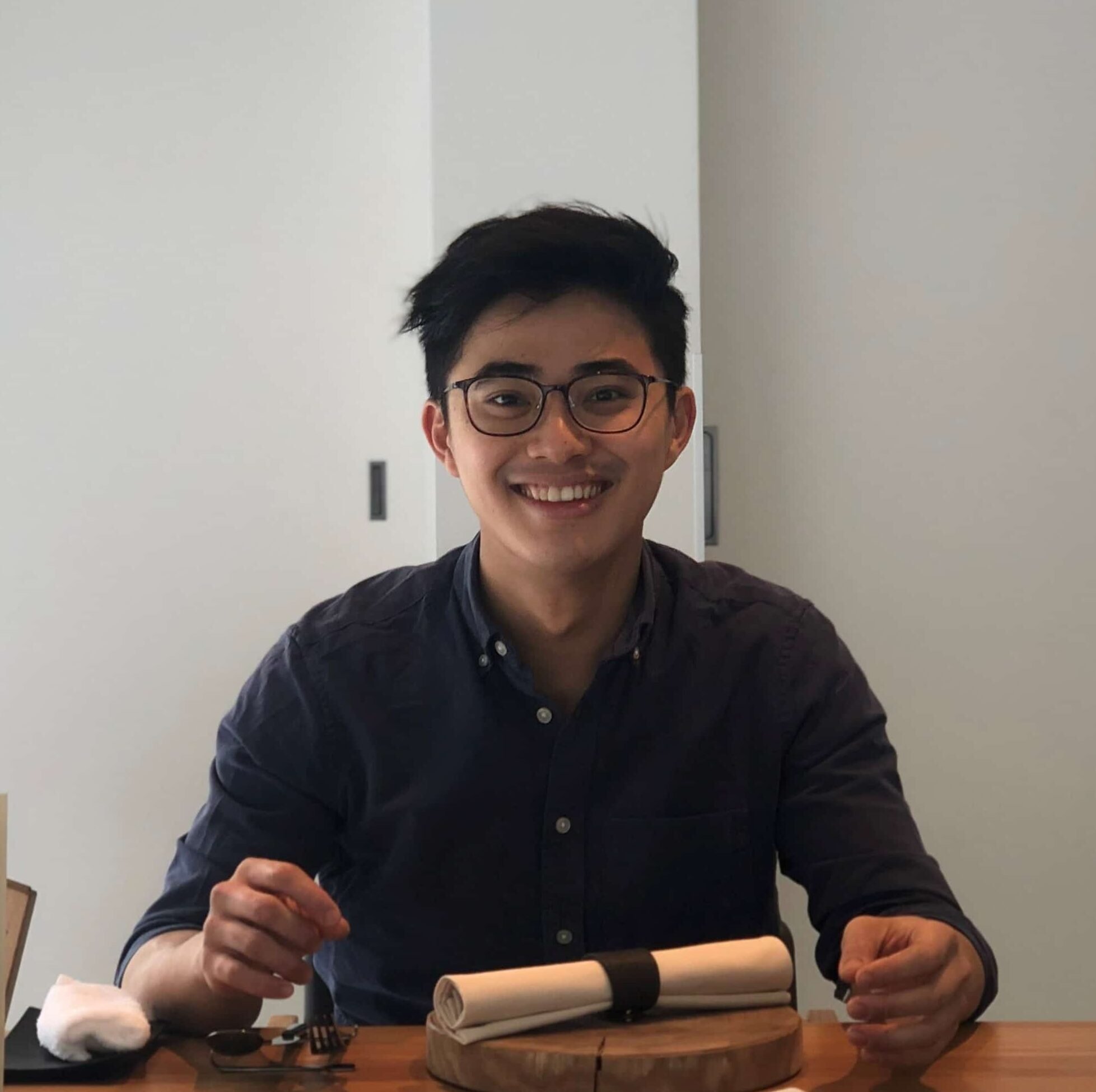 Growing up with a Japanese mother, Andy has extensive knowledge of Japanese culture, life and food.  Originally from England, Andy started to train to be a chef after graduating university and moved to Japan to start his culinary journey. With his aim to run his own restaurant, he studied under Michelin star chef Namae Shinobu and Akihiro Nagao. After travelling to Osaka, he fell in love with the food, was especially Takoyaki. Andy’s hobbies include, photography, sports and travelling around Japan. Andy wants to share the beauty of Japanese food and the elegance and grace Japanese people take in preparing and eating their food. 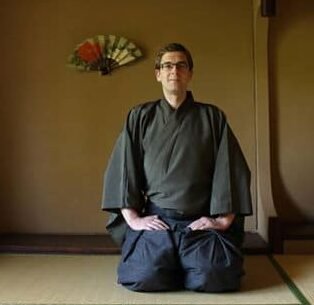 Originally from the small island of Guernsey, Gary has been living in Osaka now for some 7 years. Based in the Kawachinagano in the far south of Osaka Prefecture, he works as front desk for a traditional ryokan deep in the countryside. Here he is immersed in the richness of Japanese culture, narrating tea ceremonies and ikebana classes and teaching guests about the significant history of this unknown town. 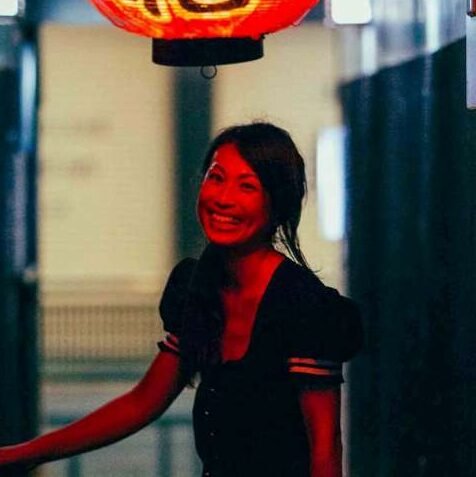 Born and raised in Mie, Japan and have been living in Osaka for over a decade. She has a degree in film/video and is currently working as an assistant producer. Her love for Osaka, its culture, and people has led her to become a tour guide. She has shown over 500 guests the city of Osaka. Her passion lies in film/video, travel, design, and chairs. She would love to show a lot of aspects of Osaka through video. 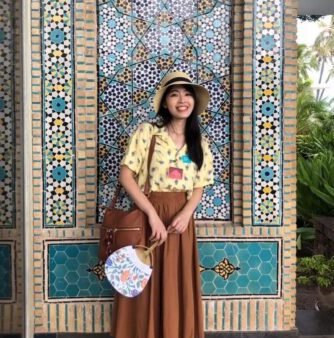 Instead of Tokyo, Komi Hu chose to finish her Master’s Degree in Osaka. Rambling in Osaka University always reminds her of her alma mater Taiwan University. Actually, there is a strong connection between Taiwan and Osaka. This made her be eager to share the beauty of Osaka to people of her own country. As a regular contributor to the popular website “Japan Walker TW”, Komi has published over 500 articles about Japan, themes including trending news and travelling information. In her free time, Komi enjoys visiting little Jinja (also known as Shinto shrine) hidden around Osaka and playing Japanese video games. 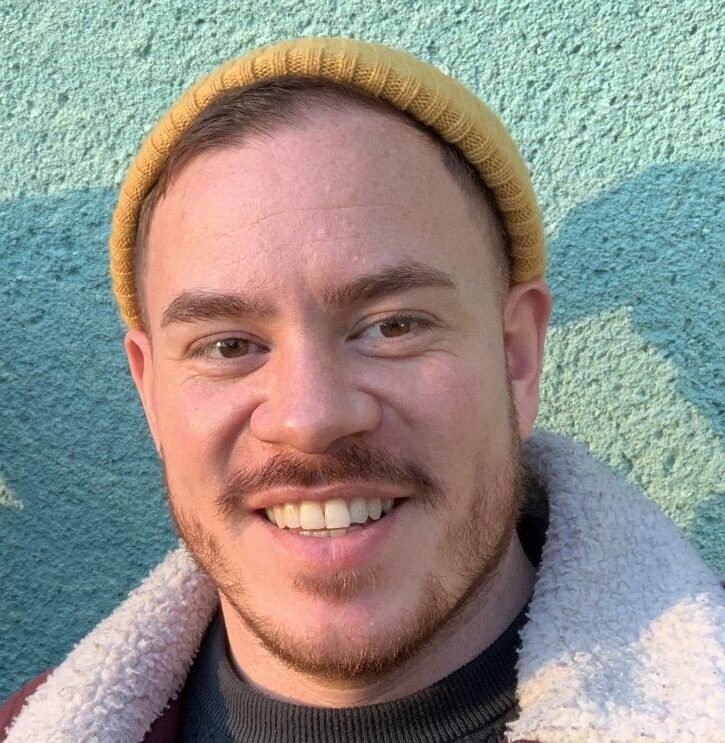 Leon is a short-story, poetry and novelist writer, performer and teacher. He was born and raised in Liverpool, UK where he studied Japanese and Communications at University, and has lived in Osaka for 6 years. He enjoys hiking, bar-hopping, good food and meeting people which he says is why he hasn’t moved away from Osaka for other cities. He is working towards his JLPT N1 certificate and hopes to work in project and event management. 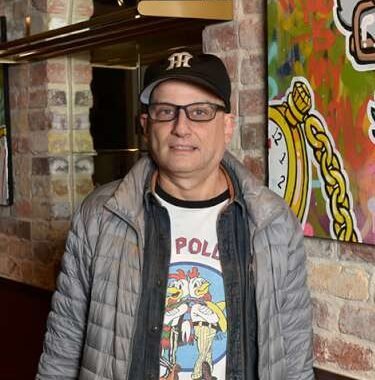 Matt grew up in Brooklyn, New York. He first came to Osaka in 1988 as an exchange student at Kansai Gaidai University. Osaka is his favorite city in the world and he returned in 1993 on the JET Programme and has been here ever since. Matt started the zine Exile Osaka, which examined the underground music scene in Japan in the 1990s. He wrote about Japanese music and pop culture for Giant Robot, Thora-Zine, Ongaku Otaku, CMJ and Midnight Eye. Matt also spent a decade writing monthly music and film reviews for the Kansai Time Out. He is currently a contributing writer for The Japan Times. Matt loves eating and drinking at tachinomiya and izakaya and his goal is to explore all 24 wards of Osaka. 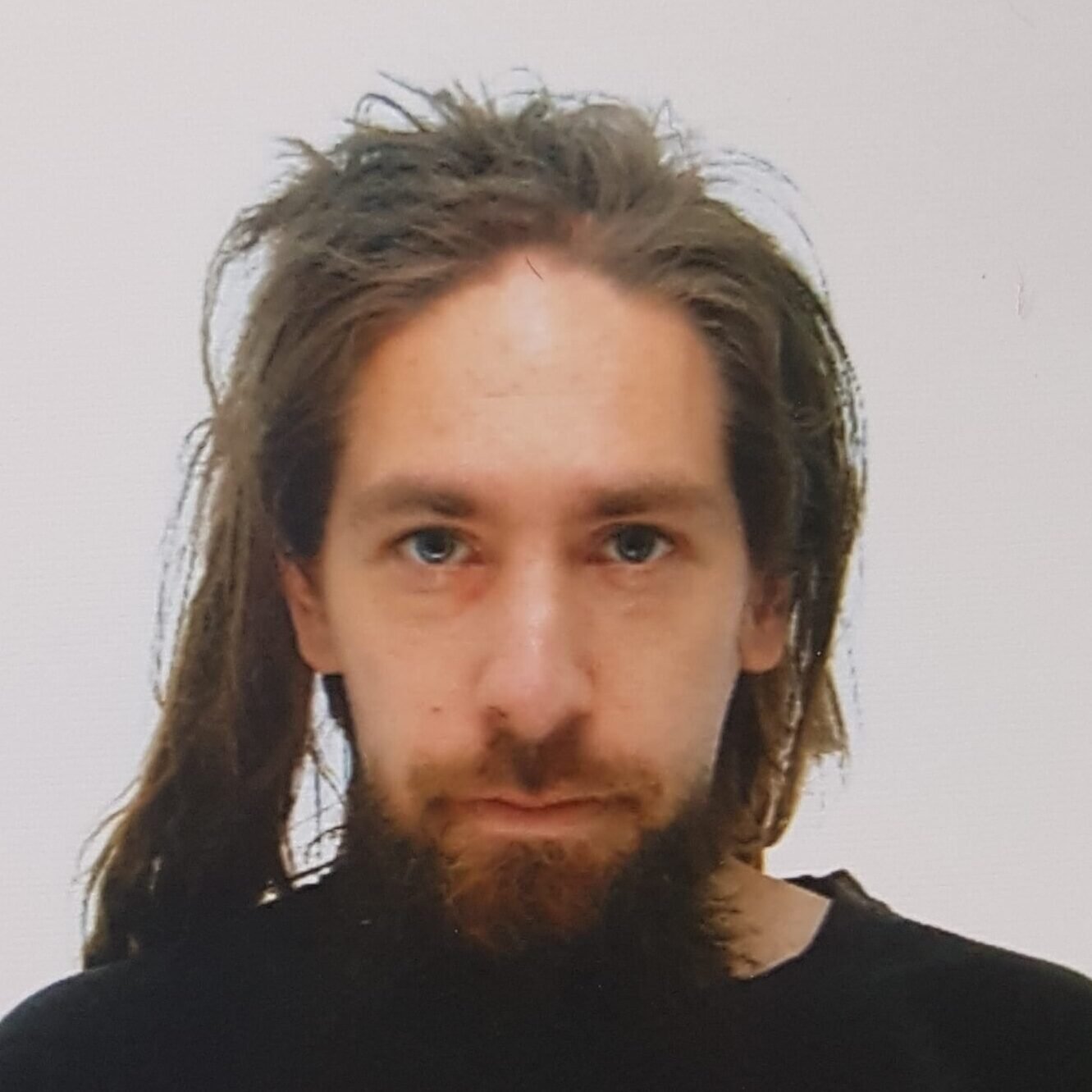 An artist of Finnish origin, moved to Osaka in 2019 and actively participates in various activities in the local underground scene. My wish is to show people the side of Osaka most people probably never see in terms of music, art and culture. 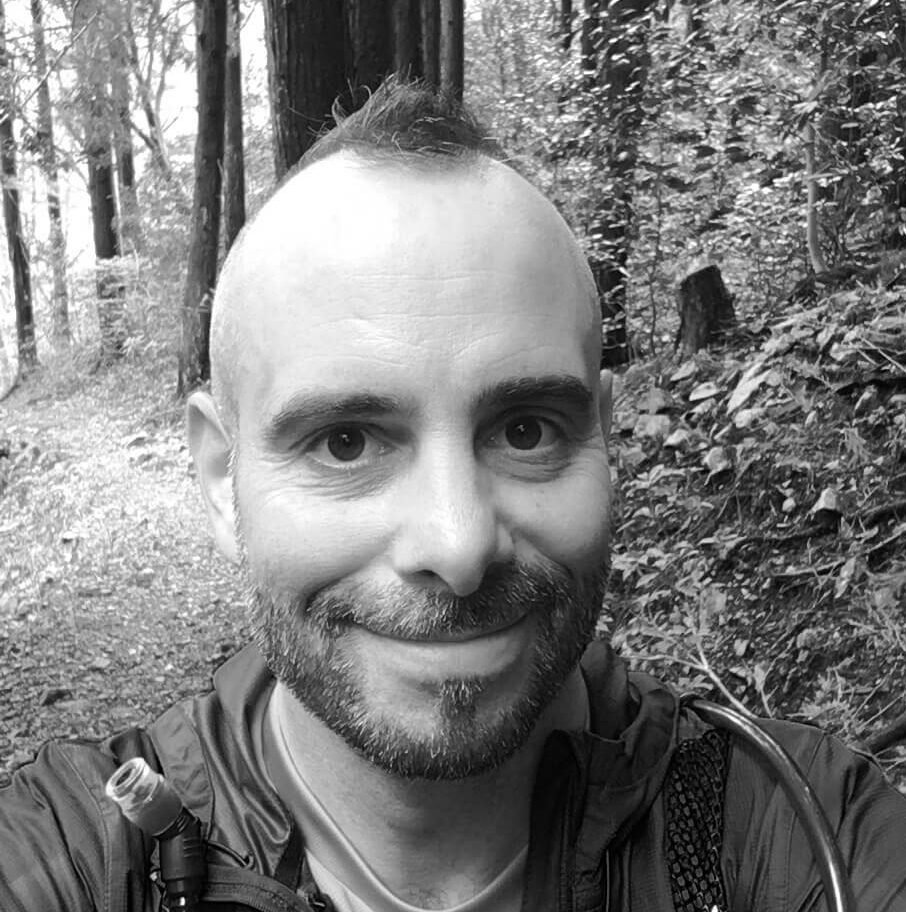 Originally from Montreal, Canada, but has called Osaka home since 2003. Since arriving in the city, he has contributed to various media both in written and video form. He has mostly covered what Osaka and its surroundings can offer, taking a keen liking to the outdoors and family activities. He also enjoys various cultural interests, such as the arts, local festivals, and epicurean outlets. 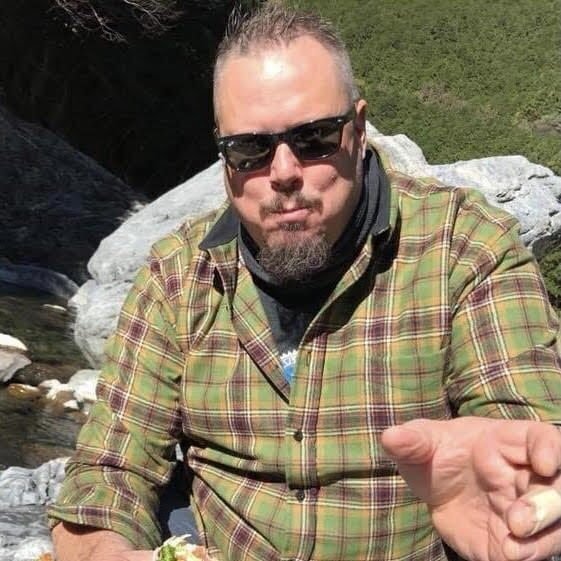 As a resident of Kansai for twenty years, and living in Japan for over 25, Wes has consistently taken a back roads approach to the road less travelled.  With passion for traveling the countryside, fishing the seas, and exulting in the riches of forest and field, Wes enjoys combining these with the work of his hands and old recipes from home.  Farming his own fresh, organic produce, cooking and collaborating with other fresh growers and connoisseurs of produce, Wes has opened many a door near and far, to creativity and inspiration from garden to many a table. 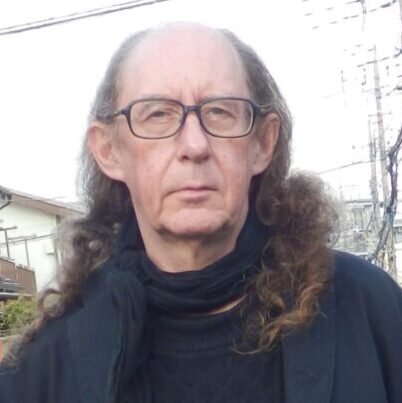 A native of Leipzig, East Germany, Schonherr started out as gravedigger before he found his way to the other side of the Wall in 1983. He got involved in setting up American underground film shows. Expanded his interests to Asia and toured American underground shorts through Japan in 1997, then took a program of Japanese cyberpunk movies on a tour through Europe in 1998. Went to North Korea to explore their films in 1999, screening bizarre North Korean propaganda epics at festivals and theaters in Europe in 2000. He wrote about his strange movie exhibition travels in his book Trashfilm Roadshows (Headpress, 2002), recorded the development of North Korean cinema in his book North Korean Cinema – A History (McFarland, 2012).
Since 2003, he has been living in Japan as freelance writer on travel, film and food for Kansai Time Out, Midnighteye, Japan Visitor and others. 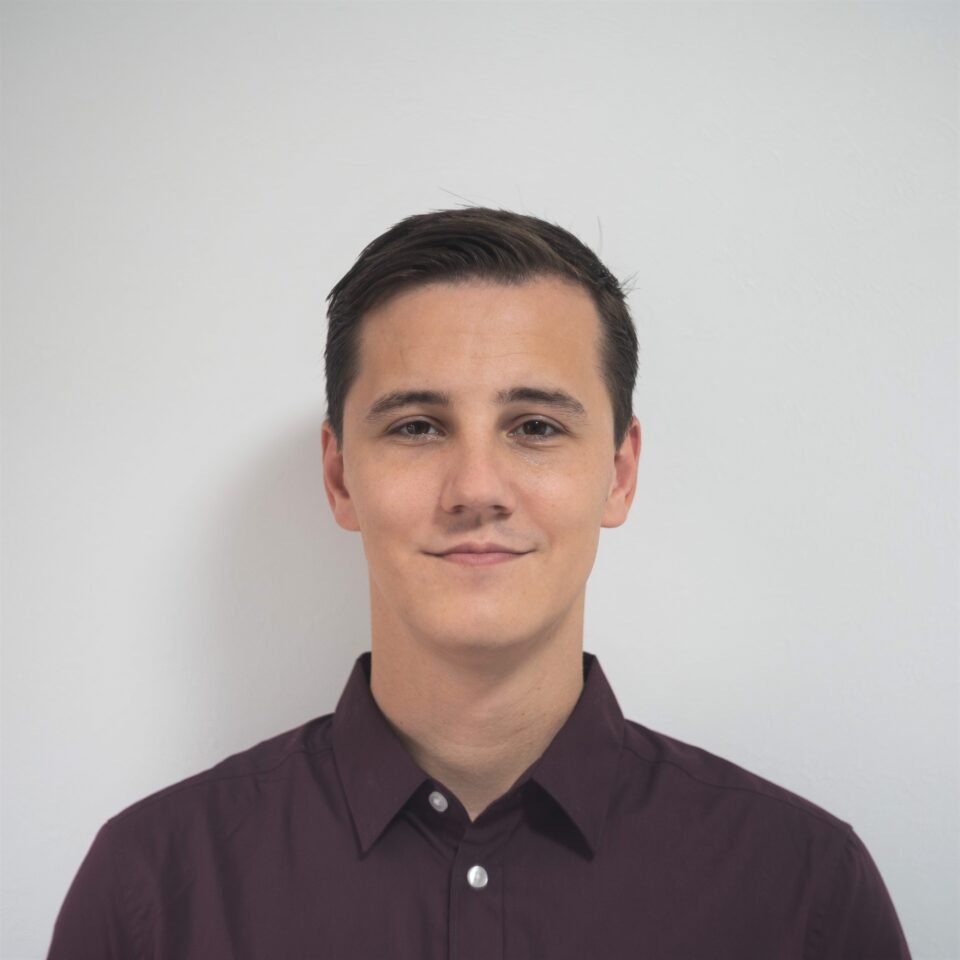 Born and raised in Slovakia but his adventurous nature took him to explore different parts of the world. Tomas had lived in Osaka for 3 years where he taught English part-time, intensively explored regions of Japan and documented everything through his lens as a professional photographer. His ability to produce high quality photo and video content is to support our writers with his imagery and make experience of our readers as authentic as possible.